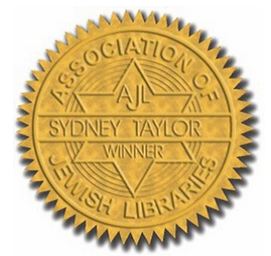 The Sydney Taylor Book Award is presented annually to outstanding books for children and teens that authentically portray the Jewish experience. Presented by the Association of Jewish Libraries since 1968, the award encourages the publication and widespread use of quality Judaic literature.

♦Winners are broken up into younger, older and teen readers categories♦