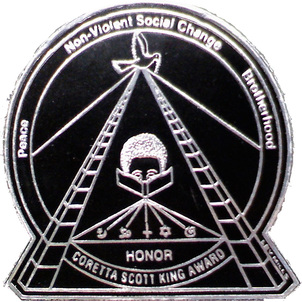 Named for Coretta Scott King, wife of Martin Luther King, Jr., this award recognizes outstanding African American authors and illustrators, and is awarded for books about the African-American experience that are written for a youth audience (high school or elementary).

♦Winners are separated between narration and illustration♦