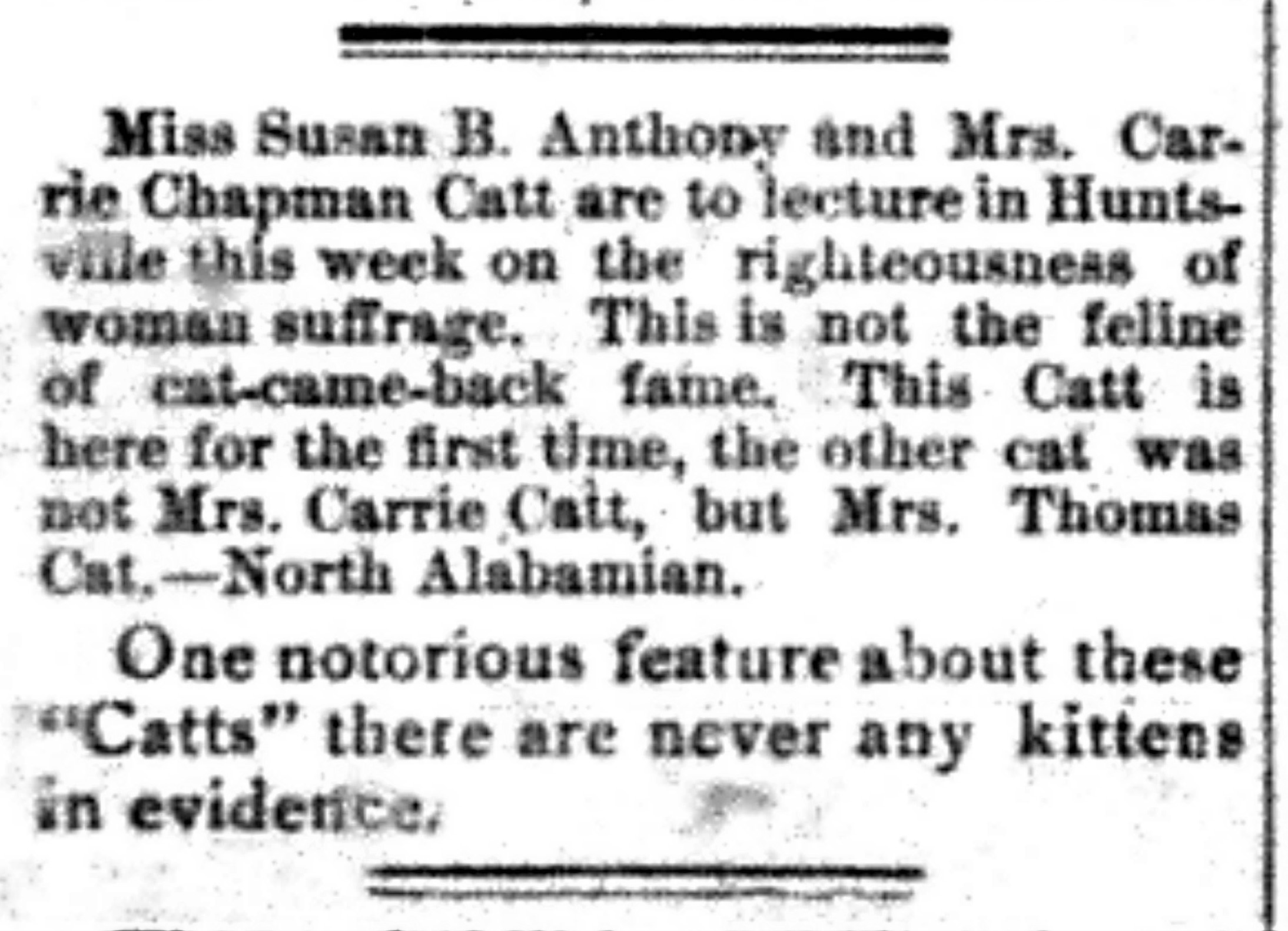 Article from The Weekly Mercury January 23, 1895, ridiculing visiting suffragists Susan B. Anthony and Carrie Chapman Catt for being away from their children. 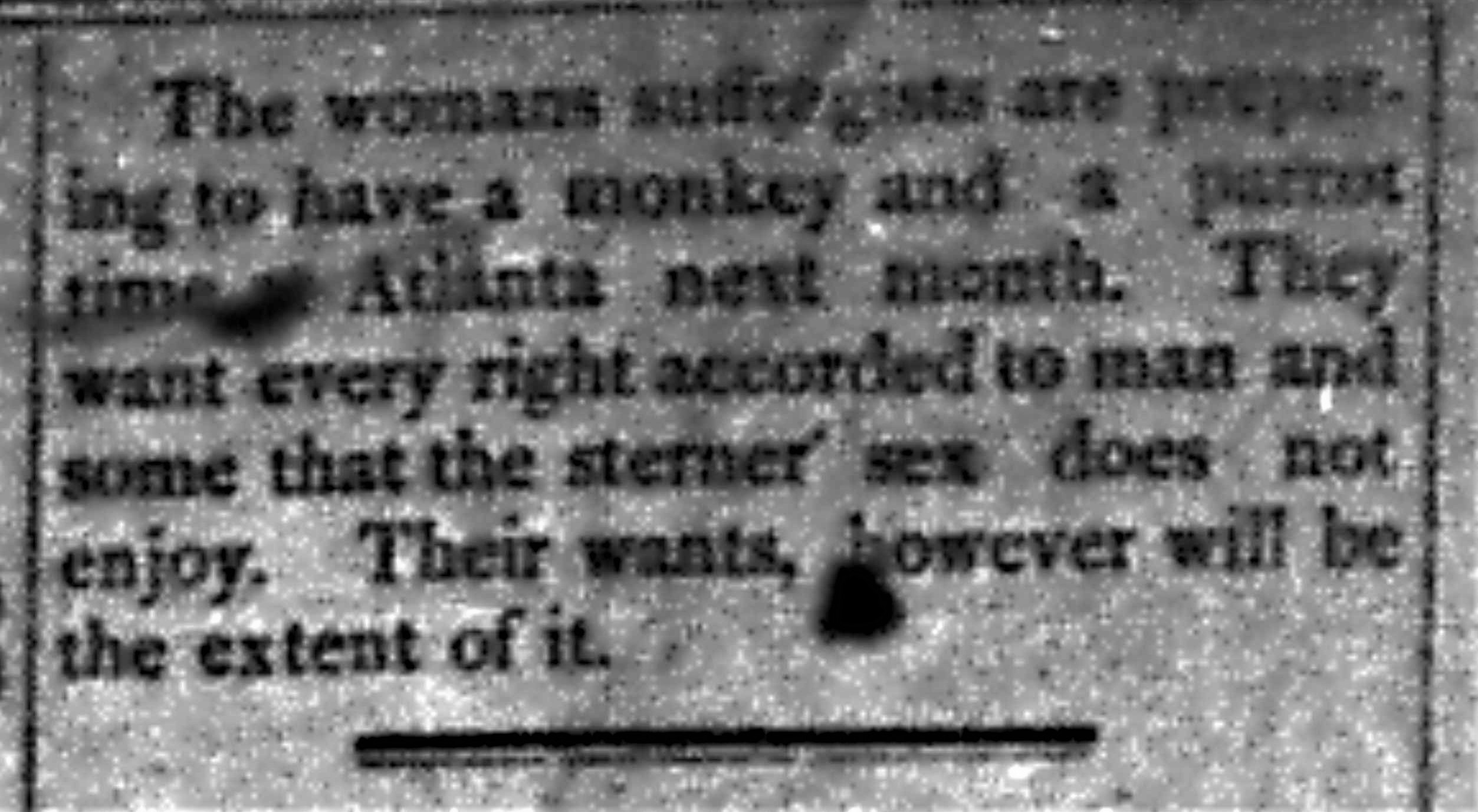 Article from The Weekly Mercury January 30, 1895 referring to NAWSA'S 1895 convention in Atlanta. 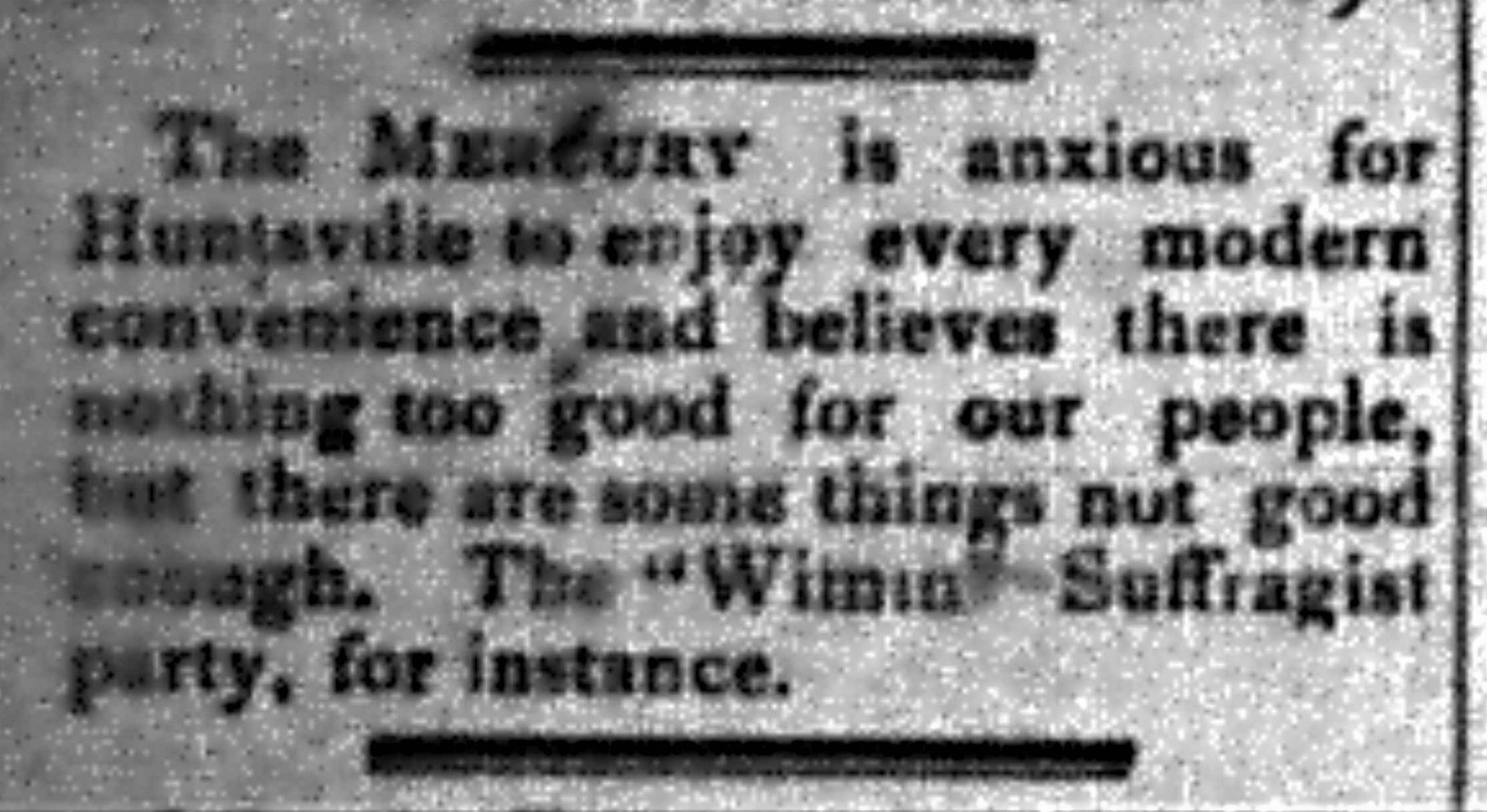 Anti-Suffragists in the South

Many historians believe that Southern women experienced greater opposition to being able to vote, or being involved in politics, because of the stereotype of the submissive and genteel southern woman. Southern suffragists were up against the common belief that a woman's role in the home should always be her priority and that femininity did not mix with the rough world of politics. Because many in the South viewed woman suffrage as a radical idea, first wave suffragists in Alabama met a lot of opposition and had fewer victories for their cause than second wave suffragists.

As the women's suffrage movement gained momentum, in 1911 the first anti-suffrage group was founded. Comprised of both male and female members, the National Association Opposed to Woman Suffrage (NAOWS), operated similarly to suffrage groups by distributing education material and holding events. In addition to organized groups, suffragists faced many individual opponents to suffrage. Their arguments ranged from believing that women did not have the mental capacity to engage in politics, to the assertion that women were equal to men but in a separate domain: the home.

In Huntsville, the words of suffrage opponent Robert L. O'Neal lived on through the newspaper he edited, The Weekly Mercury. The Mercury could be counted on to have a disparaging word for Huntsville's suffragists. For example, in the  January 30, 1895 edition, O'Neal asserted: suffrage for women would strip them of all femininity. He compared woman suffrage to other evils endangering the femininity of women, such as riding bicycles. Fortunately, Huntsville's suffragists were given a platform in the Huntsville Democrat. The Clay family controlled the narrative of the Democrat since 1857 when John Withers Clay, son of Senator Clement Comer Clay and brother to Senator Clement Claiborne Clay, became the editor. By the late 1800s, his daughters, Virginia Clay and Susannah Clay, were in charge of the paper. Virginia and Susannah were nieces of Virginia Clay-Clopton and supported their aunt and the suffrage cause by printing both writings about suffrage and rebuttals to anti-suffragists.