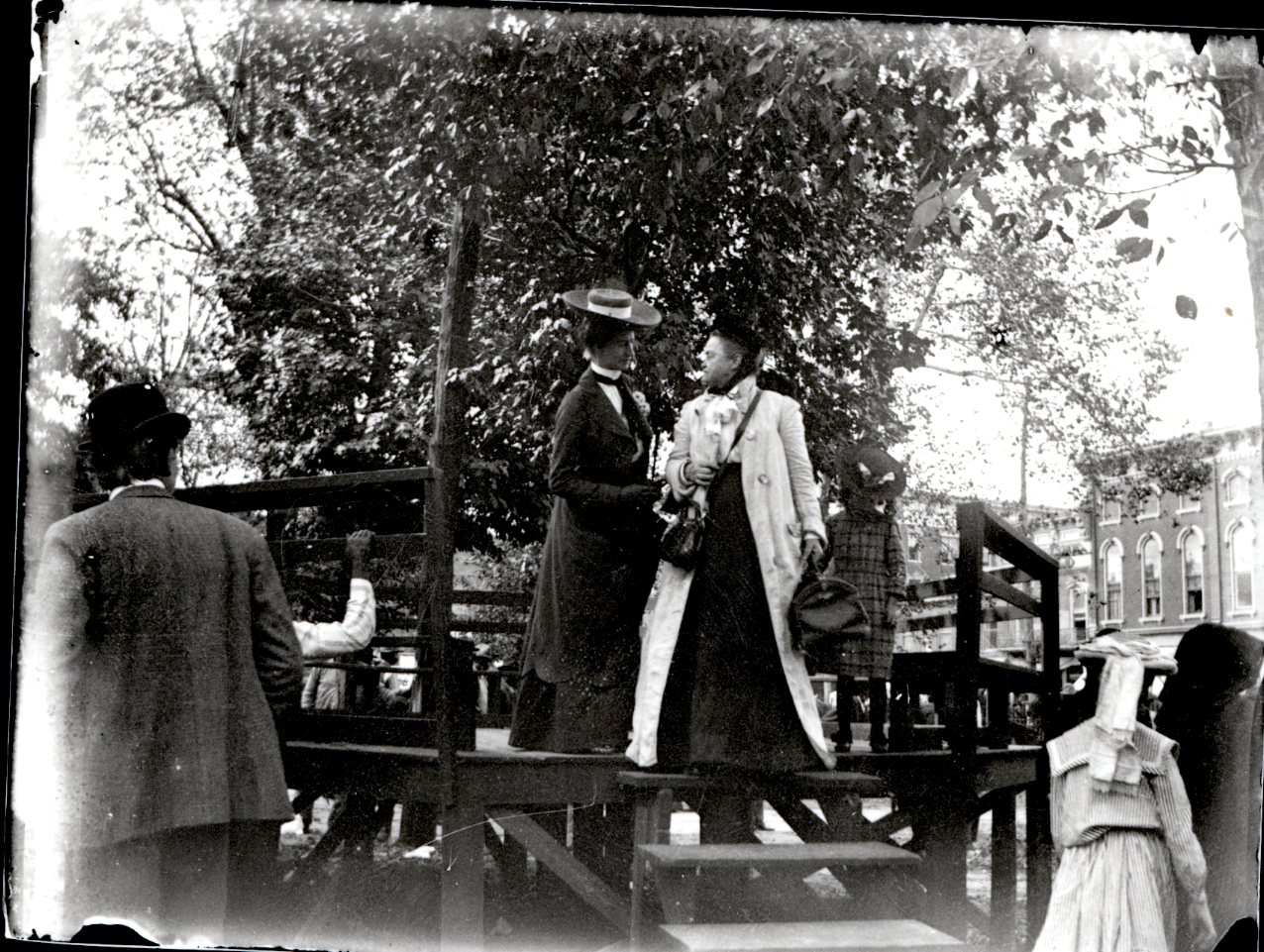 Famous temperance advocate, Carry A. Nation, lectured in Huntsville in 1902 from a band stand in the courthouse yard. She was known for using violence and destruction of public property to bring attention to the temperance cause. Image courtesy of HMCPL.

The Beginning of Alabama's Suffrage Movement

The women's suffrage movement is generally considered by historians to have begun at the Seneca Falls Convention in Seneca, New York in 1848. This was the first women’s rights convention in the United States, and it established  principles of equality that informed many future social movements. Forty-four years later, in 1892, Alabama’s first suffrage group organized.

While suffrage was not a popular cause among Alabama women, the temperance movement was. Members of the temperance movement worked towards the prohibition of alcohol. Their pledge was, "I hereby solemnly promise, God helping me, to abstain from all distilled, fermented and malt liquors including wine, beer and cider, and to employ all proper means to discourage the use and traffic in the same." From their perspective, women could not protect themselves and their children from a neglectful husband or father who spent more time drinking than taking care of his family, so they fought to ban the consumption of alcohol.

The temperance movement served as a training ground for a handful of women who came to realize that the only way women could protect themselves and their families was by participating in the political process. Participation, however, hinged on the right to vote. Suffragists who were politically active in the temperance movement and women’s groups like the Daughters of the American Revolution, United Daughters of the Confederacy, the Alabama Federation of Women’s clubs, and African American Women’s Clubs were organized. They were savvy about the political process, and they knew how to accomplish their goals by lobbying legislators, organizing petitions, public speaking, debating, and educating the community about their cause.

Alabama's woman suffrage movement came in two waves. The first wave was from 1892 to 1901, during which Alabama suffragists worked towards an equal suffrage clause to  Alabama’s 1901 constitution.  However, delegates of the 1901 Constitutional Convention had one main goal: to disenfranchise black male voters and establish white supremacy. Alabama's white community in 1901 was vocal and unashamed about this agenda. For example, when the 1901 constitution was ratified the headline in the Montgomery Advertiser was, “The Citizens of Alabama Declare for White Supremacy and Purity of Ballot: The Putrid Sore of Negro Suffrage is Severed from the Body Politic of the Commonwealth.”

Frances Griffin was allowed to address the delegates of the 1901 Alabama Constitutional Convention on behalf of the Alabama Woman Suffrage Association. It is clear from her speech that she was resigned to losing this battle. In fact, Griffin confronted the convention about their goal to disenfranchise the black male voter. With the ratification of the 1901 Alabama Constitution, suffragists largely ceased activity until 1911, when the second wave began.

The second wave of suffrage in Alabama began in 1911 when Pattie Ruffner Jacobs, who was working toward labor reform, realized that the only way she would be able to affect change was if women could vote. So she and a group of women in Birmingham founded the Birmingham Equal Suffrage Association. They started organizing and a year later founded the Alabama Equal Suffrage Association,  then set about forming suffrage groups in cities throughout the state.

Ultimately, Alabama’s suffragists believed in state’s rights politics and preferred a state amendment over a federal amendment. To this end, Alabama suffragists attempted to get an equal suffrage amendment to Alabama’s constitution in 1915, but Alabama legislators chose to not put the amendment on the ballot.