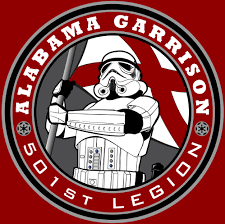 This guide will help the reader navigate the wealth of Star Wars books according to their fictional chronology. The original Expanded Universe refers to those books/comics that take place in the Star Wars universe in addition to the movies. The first novel to come of this was 1978's Splinter of the Mind's Eye by Alan Dean Foster which takes place after the event of Star Wars: A New Hope, although the novelization of the film came out six months prior to it's release. From there numerous books and even video games were added to this expanded universe to deepen the mythos of the Star Wars universe past and present.

In 2014 when the Star Wars franchise was purchased by Disney they decided to 'restart' the universe and start fresh, creating brand new stories with the Expanded Universe (also refered to as Legends) being retconned - meaning to revise (an aspect of a fictional work) retrospectively, typically by introducing a piece of new information that imposes a different interpretation on previously described events. The new timeline only consists of the movies, and the Clone Wars television show and it's movie along with all the material published after that date.

Please note that this guide does include some material that is not available in our library system, though we do have a large amount we are unable to purchase every title due to budgetary constrains or the availability or certain older out of print titles. When available books and movies will be linked to our catalog. If you would like to donate to our collection please contact jschafle@hmcpl.org.

Dates referred to in the timeline use abbreviations related to the Battle of Yavin, where Luke Skywalker blows up the Death Star in the original film.

New To The Catalog