This libguide is intended to promote the awareness of the many prominent authors that Alabama has produced or that have made Alabama their home and chosen as their subject.

Alabama has a rich literary heritage and can boast of extraordinary literary activity and achievement in the present, including such genres as travel and nature writing, autobiography, and humor, as well as poetry, drama, and fiction.

From the entry on Alabama Literature in the Encyclopedia of Alabama database on AVL; accessed April 26, 2012. 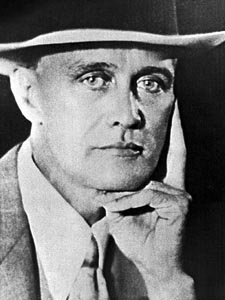 Although he was born in Tennessee, Thomas Sigismund Stribling (1881-1965) spent many summers of his youth visiting the farm of his maternal grandparents in Lauderdale County. He later attended Florence Normal School (now known as the University of North Alabama) and later graduated from the University of Alabama School of Law, practicinglaw briefly in Florence before moving back to Tennessee. His exposure to the Alabama culture provided material for much of his fiction, culminating in his trilogy about the Vaiden family--The Forge (1931), The Store (1932) and Unfinished Cathedral (1933). The Store won the Pulitzer Prize for Fiction in 1933. Despite Stribling's decline in critical reputation, William Faulkner is known to have owned a copy of the trilogy and it is rumored that it influenced themes he treated in Absalom, Absalom! and the structural foundation of his Snopes trilogy.
For more information, visit the following link: http://www.encyclopediaofalabama.org/face/Article.jsp?id=h-1834.

Zora Neale Hurston (1891-1960) was an author, folklorist, journalist, dramatist, and influential member of the Harlem Renaissance. She is best known for her novels, particularly Their Eyes Were Watching God (1937). A complex and controversial figure, Hurston was an ardent promoter of African American culture. Although born in Notasulga in eastern Alabama, as a child her family moved to Florida, where Their Eyes Were Watching God is set. She moved beyond Florida, however, graduating from high school in Baltimore and college at Columbia University in New York. Later, her B.A. in anthropology and subsequent research led her to Haiti. At a time when recognition for most African American writers was scarce, she was one of the few prominent black female authors. Although she opposed efforts at desegregation, her work assumed that black heritage was autonymous and unique.
For more information, visit this link: http://www.encyclopediaofalabama.org/face/Article.jsp?id=h-1512. 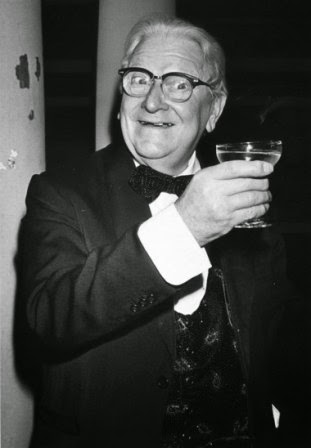 One of Mobile's most eccentric sons, Eugene Walter (1921-1998) was a self-proclaimed Renaissance man--screenwriter, poet, short-story author, novelist, actor, puppeteer, gourmet chef, cryptographer, translator, editor, costume designer and well-known raconteur, Walter embodied the festive spirit of Mardi Gras as well as a social tradition of Southern gentility.He carried a box of native Alabama soil with him throughout all of his globe-trotting adventures. He became acquainted with Truman Capote in childhood. The similarity between the two prompted Gore Vidal's quote: "Truman Capote lied to harm others; Eugene Walter, sometimes referred to as the other Capote, lied only to delight others."
For more information, visit the following link: http://www.encyclopediaofalabama.org/face/Article.jsp?id=h-2557. If a prize were given to one city in Alabama for producing the greatest number of successful authors, the winner would probably be Monroeville. It is no coincidence that two of those authors knew each other since childhood and their friendship played a role in shaping both of their literary destinies. Truman Capote (1924-1984) and Harper Lee (1926-) were childhood playmates and outsiders from their culture. They sought refuge in each other's company and both possessed literary ambitions. Truman Capote left Alabama and went on to achieve literary notoriety both for the quality of his writing as well as for his attention-grabbing public persona. His notable works include Other Voices, Other Rooms (1948), Breakfast at Tiffany's (1958) and In Cold Blood (1966).
For further information, visit  this link: http://www.encyclopediaofalabama.org/face/Article.jsp?id=h-1115. 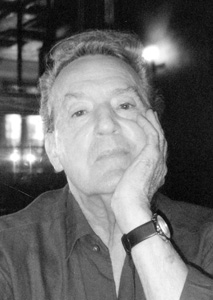 Rhode Island native H.E. Francis (1924- ) has spent almost five decades living in Huntsville, except for frequent visits to Spain, Agentina and elsewhere. From 1966 until his retirement in 1988, he was a Professor of English and Fiction Writing at the University of Alabama in Huntsville. Francis is primarily a writer of short stories, set in a variety of locations around the globe. He credits living in Huntsville as an outsider with his understanding of isolation and place.

Although not as prolific as Capote, Harper Lee (1926-2016) has nevertheless secured a place in the literary canon with one unforgettable novel, To Kill a Mockingbird (1960), inspired by memories from her childhood growing up in Monroeville, where her father, Amasa Coleman Lee, was a defense attorney. Although she originally intended to write more books, the unwelcome intrusion of fame onto her reclusive lifestyle combined with her realization that she had said all she needed to say with one powerful book led to her decision to choose not to publish any further work. She has received as many honors as a living author could have any reason to expect but seems content with the life she has chosen.
For more information, visit this link: http://www.encyclopediaofalabama.org/face/Article.jsp?id=h-1126.
In 2015, publishing history was made when, over 50 years after the publication of To Kill a Mockingbird, her long-awaited followup novel, Go Set a Watchman, was released. This novel was actually seemingly written before 'TKAM', yet it occurs roughly two decades later than the events of the earlier novel. Unsurpisingly, there has been a great deal of ensuing controversy regarding not only the content and composition of the novel but whether the author had ever intended it to be published. 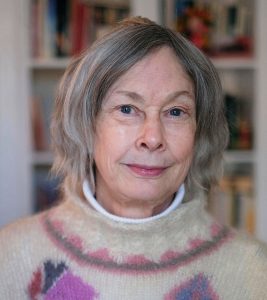 While her breakthrough novel, Ahab’s Wife (1999), was a speculative narrative of the briefly mentioned wife of Captain Ahab from Melville’s Moby-Dick, perhaps the most autobiographical novel of Birmingham native Jena Jeter Naslund (1942-) is Four Spirits (2003), a fictional account of the events that culminated in the racially motivated bombing of the Sixteenth Street Baptist Church in Birmingham, killing four young African American girls. Naslund was a student in Birmingham at the time and knew of the incident first hand.
For more information , visit this link: http://www.encyclopediaofalabama.org/face/Article.jsp?id=h-2009. 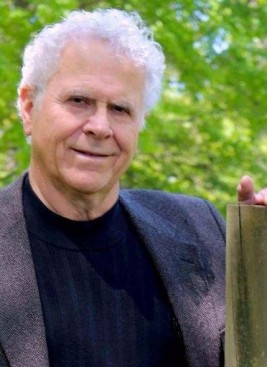 Although not originally from Huntsville, retired NASA engineer Homer Hickam (1943-) has strong ties to the space program and the rocket industry that gave him his first career and that was headquartered in Huntsville. Hickam grew up in the coal-mining town of Coalwood, West Viriginia. His most famous book, Rocket Boys (1998), told of his adolescent years in Coalwood when his passion for rockets (and frustration with the limited career opportunities provided by Coalwood) flourished. He has lived in Huntsville for many decades and continues to publish fiction and non-fiction.
For more information, visit this link: http://www.encyclopediaofalabama.org/face/Article.jsp?id=h-3224. 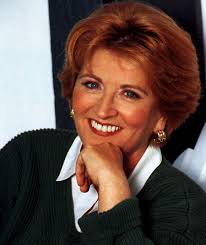 Birmingham native Fannie Flagg (1944-) first made an impression on the public through television as a broadcaster, comedienne and actress. Later, she devoted time and effort into her writing, culminating in her most popular novel, Fried Green Tomatoes at the Whistle Stop Cafe (1988), which was also adapted into a popular film. In general, her fiction focuses on strong bonds between female characters who question racial and gender inequities.For more information, visit the following link: http://www.encyclopediaofalabama.org/face/Article.jsp?id=h-2462. 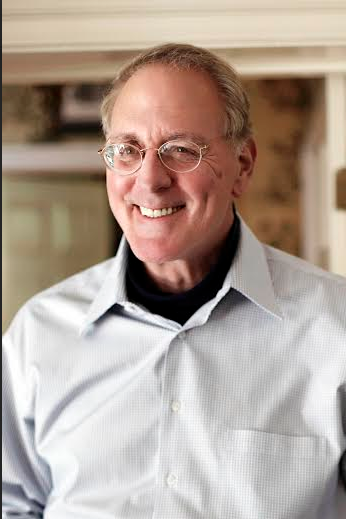 Long-time Mobilian Winston Groom (1944- 2020) is best known for his novel Forrest Gump, a work in the tradition of southern fiction that became a cultural phenomenon after it was adapted into an Academy Award-winning film of the same name. Groom has written a number of novels that draw on his experiences in Vietnam; recently, he has turned to writing historical nonfiction.From http://www.encyclopediaofalabama.org/article/h-2527; accessed April 2, 2018.

Birmingham native Robert Rick McCammon (1952- ) is an award-winning and bestselling author whose body of work spans the genres of horror, fantasy, science fiction, and historical fiction. In 1992, his novel, Boy's Life, won the prestigious World Fantasy Award for best novel. In addition to writing novels and short fiction, McCammon founded the Horror Writers Association, a nonprofit organization of professional writers in the horror genre. 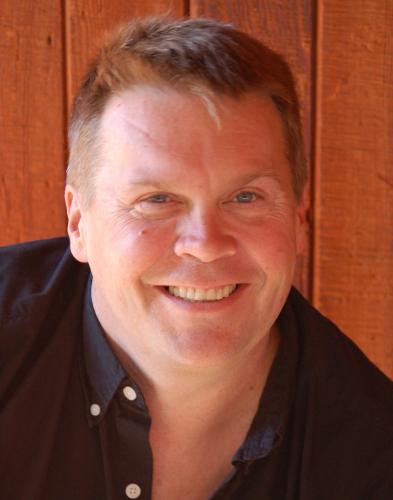 Born in Monroeville, Mark Childress (1957-) had the advantage via literary birthright of the same climate that spawned Truman Capote and Harper Lee. Although he spent much time in other locations including Ohio, Indiana, Mississippi and Louisiana, he still writes extensively about Alabama. His novels with Alabama settings include A World Made of Fire (1984) and Crazy in Alabama (1993).

For more information, visit this link:http://www.encyclopediaofalabama.org/article/h-3384 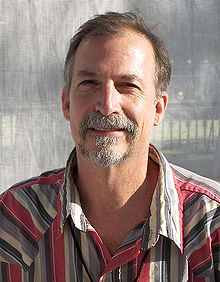 Daniel Wallace (1959- ) is an author who is best known for his novel Big Fish (1998), a national bestseller that was developed into a major motion picture directed by Tim Burton. In addition to his four novels, Wallace has written and illustrated a children's book, Elynora, and has published more than three dozen short stories in publications such as The Massachusetts Review, The Yale Review, Shenandoah, New Stories from the South, and The Best American Short Stories. His illustrations and drawings have appeared in the L.A. Times and Italian Vanity Fair.For more information, visit this link: http://www.encyclopediaofalabama.org/article/h-3418. 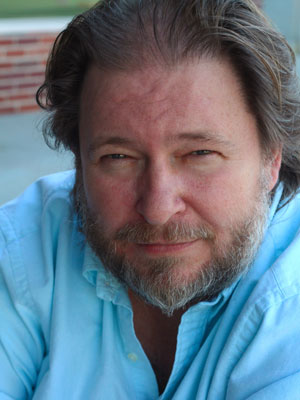 Rick Bragg (1959-) grew up in the Jacksonville area and later became a reporter for The New York Times. He has published seven non-fiction books to date. His most famous is his first, All Over But the Shoutin’ (1997), which focuses on Bragg’s early life, including his struggles with his abusive alcoholic father and the mother that was left to raise Bragg and his two brothers on her own.

Angela Johnson (1961-) was born in Tuskegee but grew up in Windham, Ohio. Despite leaving Alabama, she has used the state as the setting for many of her books and poetry, which concern the everyday lives and struggles of young African Americans. Her works are primarily aimed at a young audience, from pre-teen to young adult. She has received many awards and is a three-time recipient of the Coretta Scott King Award for her young adult novels Toning the Sweep, Heaven, and The First Part Last. She has been honored with the Alabama Author Award, first in 1993 for her picture book When I Am Old With You and again in 2005 for The First Part Last.