A history of the immensly popular comedies made in Hollywood during the 1930s & 40s. 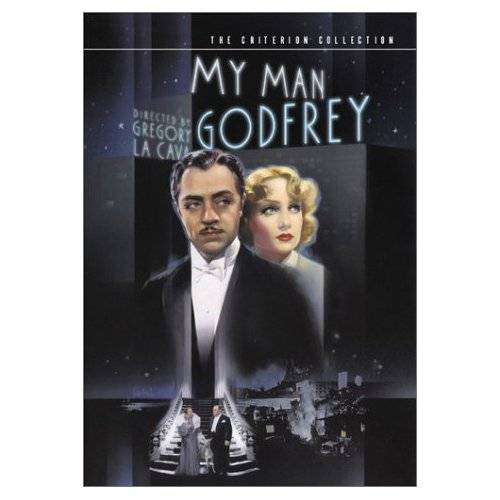 screwball (‘skru:ba:l)     1) Baseball. A ball pitched with reverse spin against the natural curve.  2) adj. Eccentric; mad, crazy. 3) adj. (esp. as screwball comedy) of a kind of fast-moving, irreverent comedy film produced in the U.S. in the 1930s of which eccentric characters were the chief feature, or of persons, etc., connected with such films. (The Oxford English Dictionary, 2nd Edition)

Screwball comedies thrived with American movie audiences from about 1934 to 1942.  These comedies have proven to be one of the most popular, enduring and imitated film genres. Film critic Andrew Sarris famously described a screwball film as “a sex comedy without the sex.”

Screwball films arose in part as the response to the increasing censorship forced upon film makers by social changes in 1930s America.  By 1934, under pressure from religious groups and politicians, the movie industry decided to strictly enforce earlier codes of film conduct that had been largely ignored during the previous decade.  The Hays Office had broad power to censor sex and violence in films and maintained that power well into the 1960s. The challenge for filmmakers was how to show physical desire in a film usually starring two of the most physically attractive people in the world (they’re movie stars!) while adhering to the strict Production Code.  Hollywood was also awash in writing talent. By the mid-1930s, writers like William Faulkner, John Steinbeck, Dashell Hammett, Raymond Chandler and many others were working for the studios.  The challenges of censorship combined with a legion of clever, talented writers led to the creation of the screwball comedy. Bringing Up Baby from Google Images

These films are marked by battle of the sexes themes, reverse snobbery (the wealthy are absurd), and witty, clever dialogue delivered at breakneck speed in outlandish and absurd situations.  Screwball stars were too busy bashing each other verbally and, sometimes physically, to recognize they’re really in love, at least until the final scene.   Most screwball comedies featured two major stars in the leading romantic roles with a number of talented character actors in support.  In films like “Bringing up Baby” and “His Girl Friday,” characters talk so fast that it’s almost impossible to keep up with what’s going on.  These films provided sophisticated entertainment for Depression Era audiences needing an escape from the grim realities of everyday life.  No wonder one critic described them as “good films for bad times.”   Their popularity began to decline with the coming of WWII as filmmakers and movie audiences turned to the task of winning the war.  These sophisticated, silly, but wildly entertaining films were no longer considered relevant and, although they continued to be made after the war, never regained their pre-war popularity.  However, they continue to influence filmmakers to this day in such films as What’s Up Doc, You’ve Got Mail, and The Big Lebowski.  Contemporary filmmakers like the Cohen Brothers often include elements of screwball in their films even when they’re working in another genre.