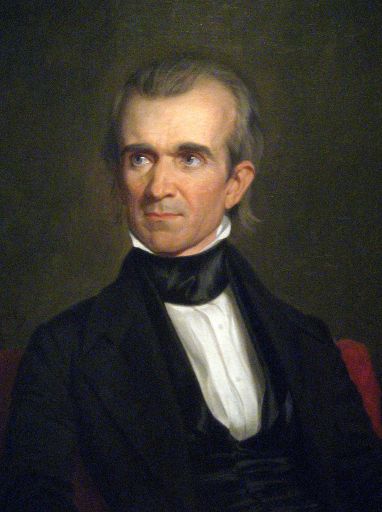 The Mexican-American War began in January of 1846 and lasted until May of 1848, when the treaty of Guadalupe Hidalgo was ratified by both the Mexican and United States Constitutions.

In 1836, Texas won its independence from Mexico and remained a separate country until 1845, when President Tyler signed the resolution to annex Texas into the United States. President James K. Polk is inaugurated in 1846 and has plans to extend the territory of the United States. He moves troops down to the Rio Grande expecting a reaction to the annexation of Texas.

In April of 1846, Mexico, who does not agree with the annexation of Texas, attacks a U.S. scouting party and begins the Mexican-American War.

In June of 1846, American settlers in California arrest politician Mariano Guadalupe Vallejo and declare independence - this is known as the Bear Flag Revolt.

In August of 1846, Antonio Lopéz de Santa Anna returns to Mexico from exile and takes control.

Between October of 1846 and September of 1847, U.S. troops gain several victories in Mexico including the capture of Mexico City.

By May of 1848 the Treaty of Guadalupe Hidalgo is ratified by both the U.S. and the Mexico. The U.S. has gained present day California, New Mexico, Arizona, and Utah.