What happened in Germany in the 1930s? Why and How did the Nazi party rise to power? How is the beginning of World War II linked to World War I? What incidents led up to the war? What reason did Germany have for invading Poland?

What strategy did Hitler use in tackling the European theater? Was he successful? If so, what caused his success to turn? Why did he eventually lose World War II?

Hitler Accepts the Ovation of the Reichstag 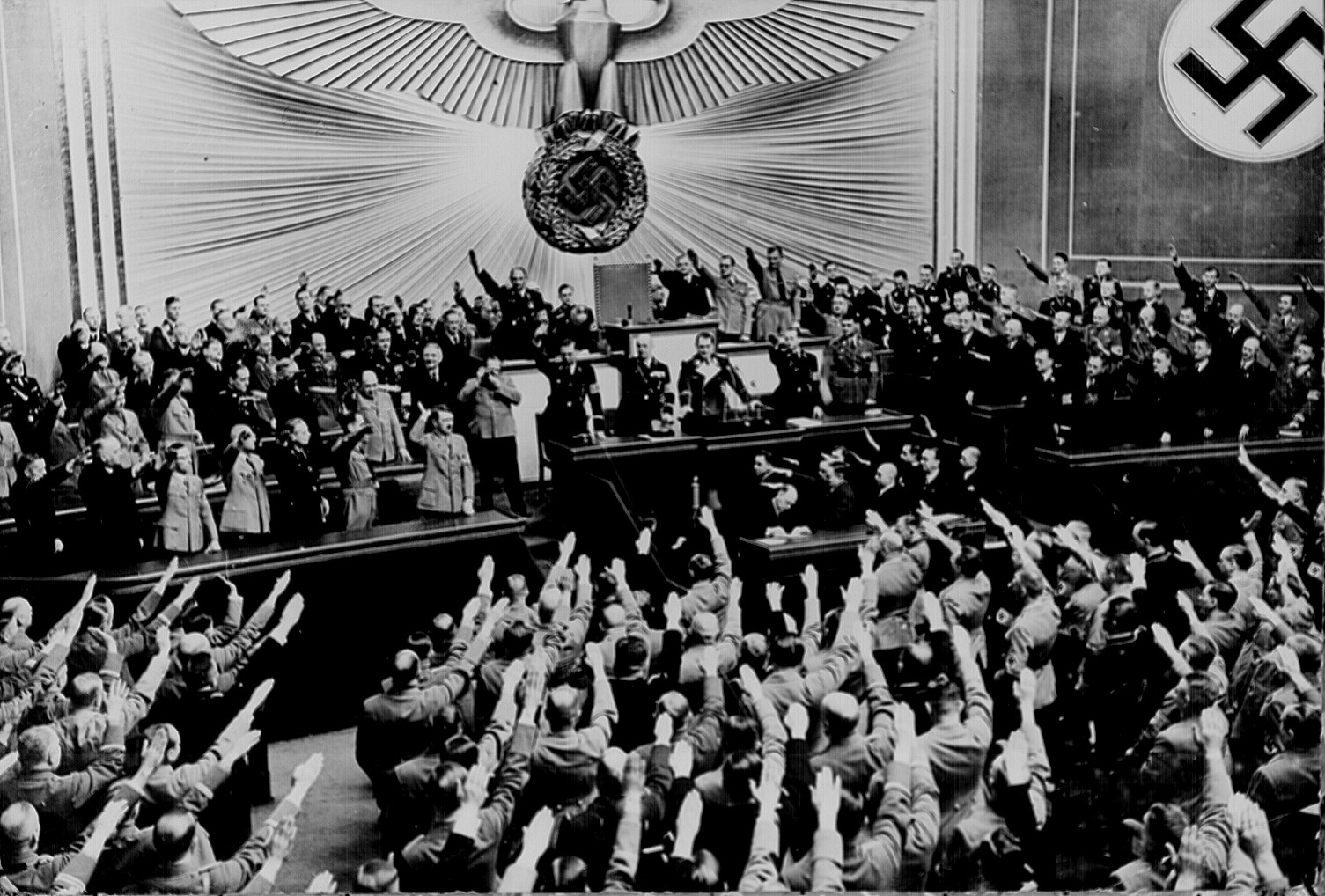 Hitler Accepts The Ovation of the Reichstag... Berlin, March 1938. Courtesy of the U.S. National Archives and Records Administration.