What role did Great Britain play in the beginning of World War II? How did the British government respond to the German threat? How did Great Britain get its people to accept war? What was the typical response of the British citizen? Did they feel that Germany posed a viable threat? What steps did they take to help Jews escape from German occupied areas? 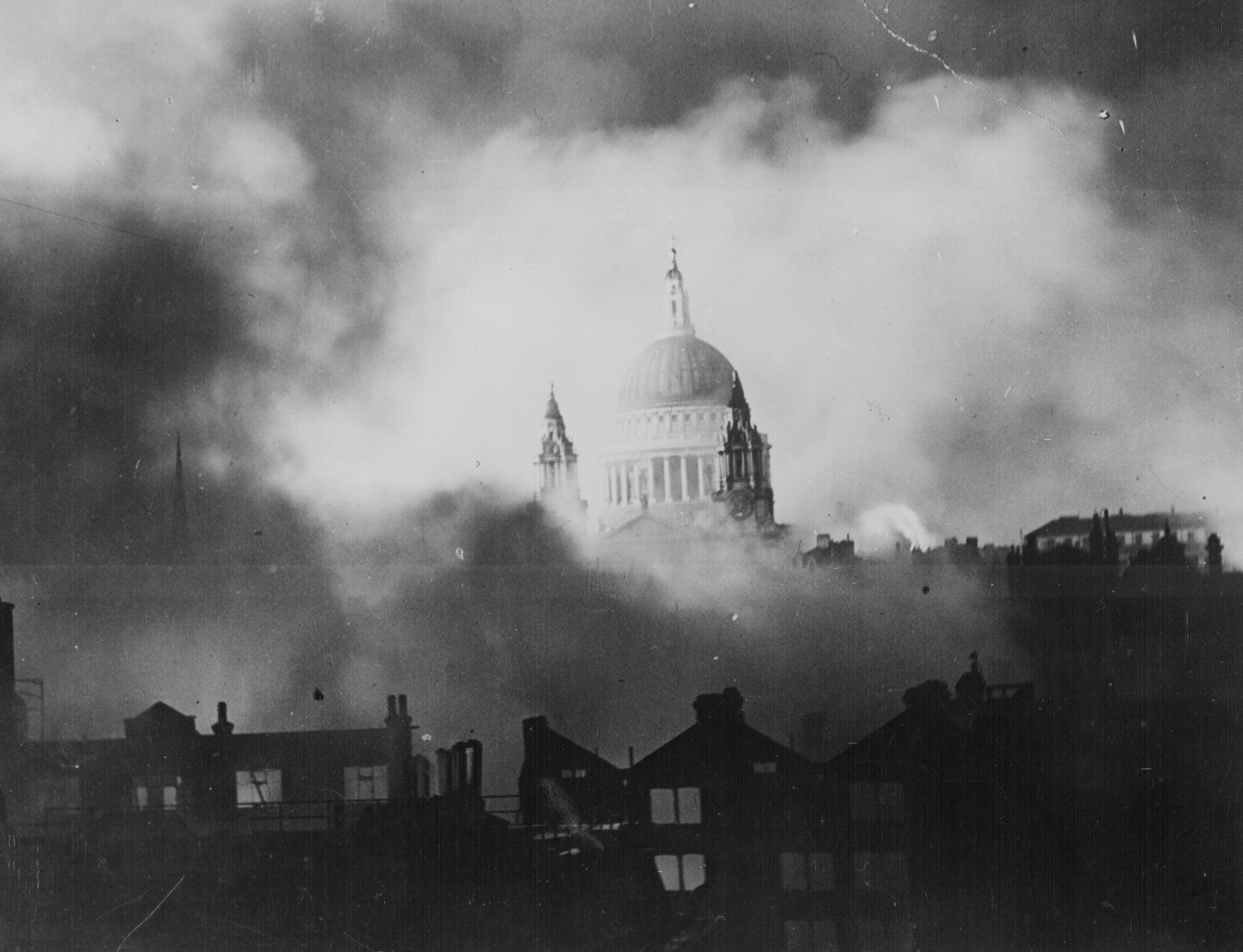 Standing Up Gloriously...St. Paul's Cathedral is Pictured During the Great Fire Raid of Sunday December 29th, 1940. Courtesy of the U.S. National Archives and Records Administration.