Germany and the USSR had signed a non-agression pact in 1939. Why did Germany break the Nazi-Soviet Non-agression pact and invade Russia? What goals did they have in Russia? How would invading Russia help the Nazi cause?

Hitler eventually had to retreat from Russia. Why? What did the Nazi troops encounter in Russia? What tactics did Stalin use to halt Hitler's invasion? What mistakes did Hitler make in Russia? What impact did his decision to invade Russia have on the war? What happened to Russia after Hitler retreated? 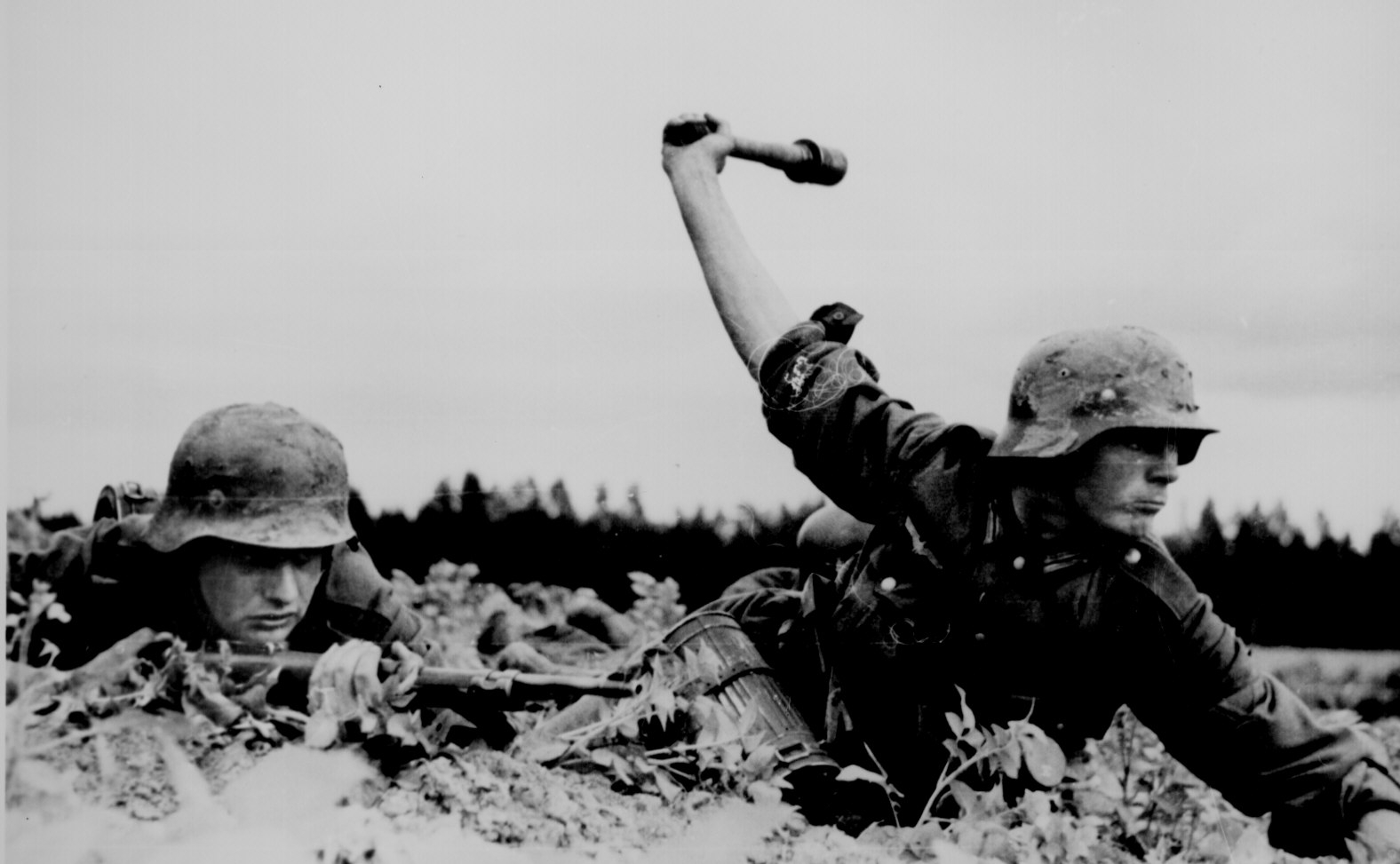 German Troops in Russia, 1941. Courtesy of the U.S. National Archives and Records Administration.