Campaigns in World War II took years to complete. What were the overall objectives of some of the major campaigns of World War II?

Much of the western theater was fought on land. Did the airwar have any effect on the western theater? How? What was the importance of the Battle of Britain? What information can we gain from the outcome of that battle? Who won and why? What other air battles were there? Were aircraft used in major ground battles?

What was the importance of the Battle of the Atlantic? Why was it important to take out the German U-boats? Did Atlantic access matter to Hitler? Why? Did it matter to the Allies? Why?

Look at the progress of the war, which side was winning in the beginning? Were there any battles that helped change the course of the war? If so, how did they change it? Did either side have any advantages? If so, what? What outcome would there be if the Axis powers had won the war in Europe? 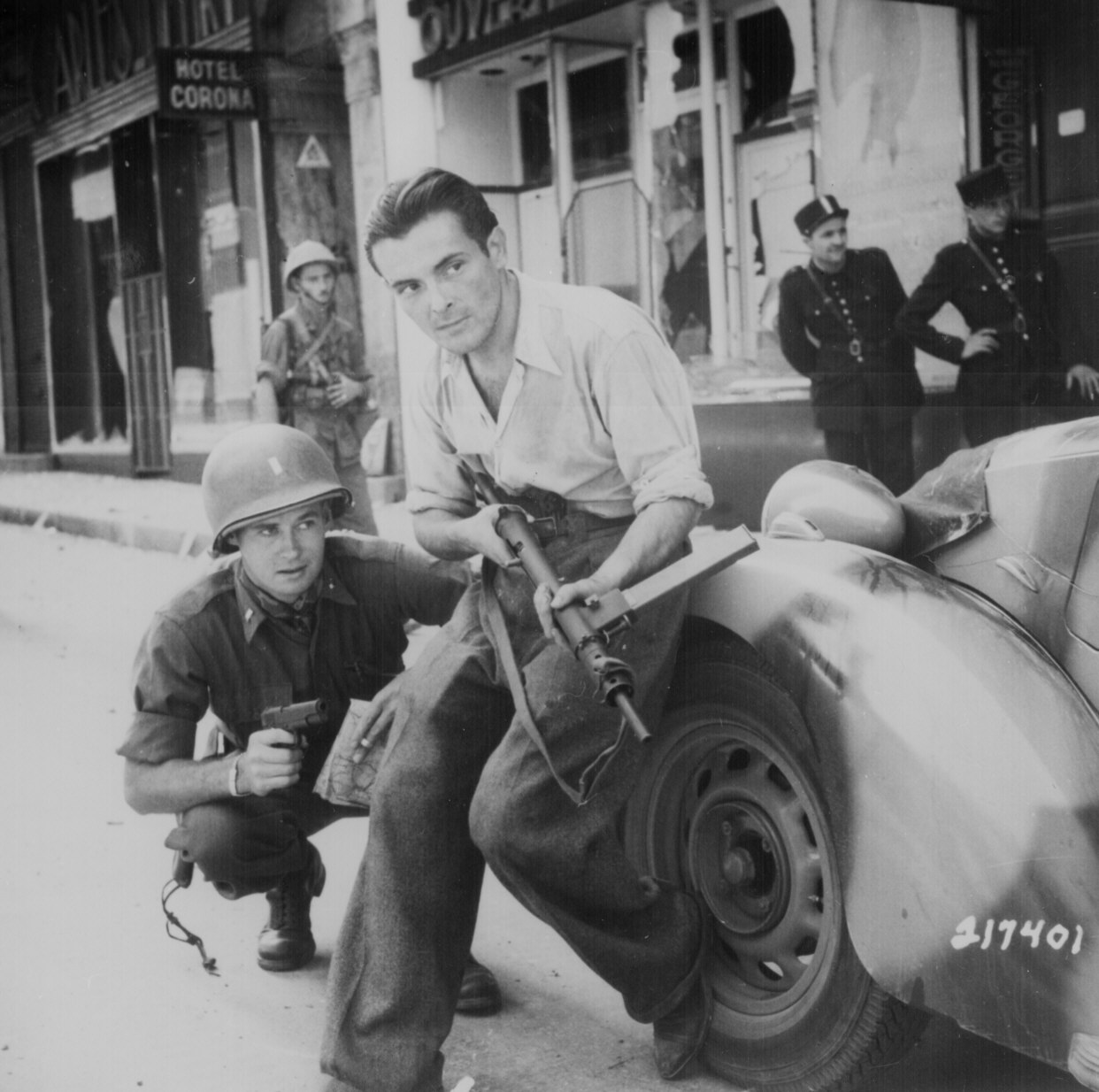 An American Officer and a French Partisan Crouch Behind an Auto During a Street Fight in a French City, 1944. Courtesy of the U.S. National Archives and Records Administration.