Efforts have been made to catch the Nazis that fled to other countries. When was the last Nazi caught? Have all of the Nazi criminals been brought to justice? What is being done to gather up the last of them? Is it worth wasting effort, time, and money to catch old men who must be close to dying? 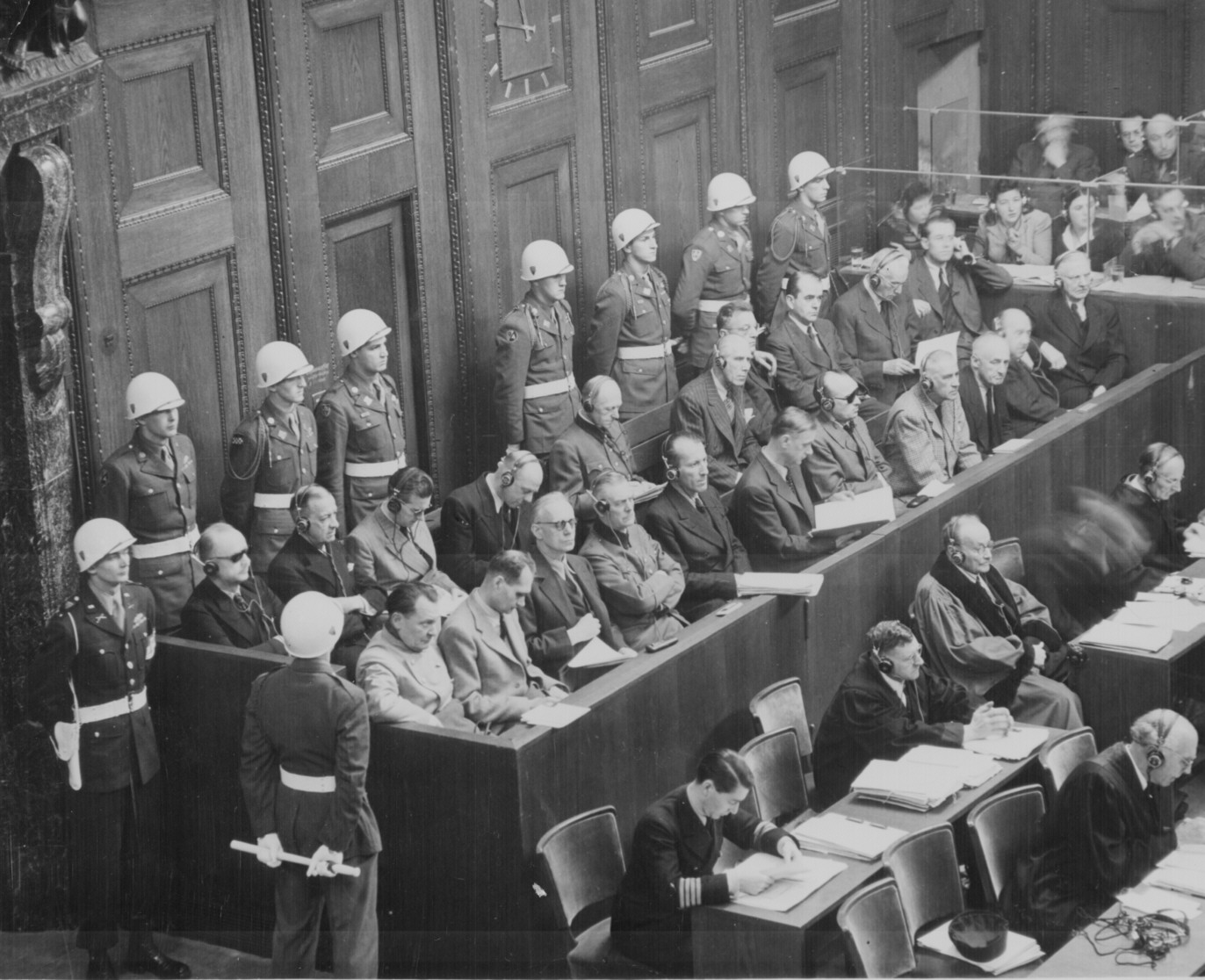 Nuremberg Trials: Looking Down on the Defendants' Dock, 1945-1946. Courtesy of the U.S. National Archives and Records Administration.