Line Up of Some Women Welders 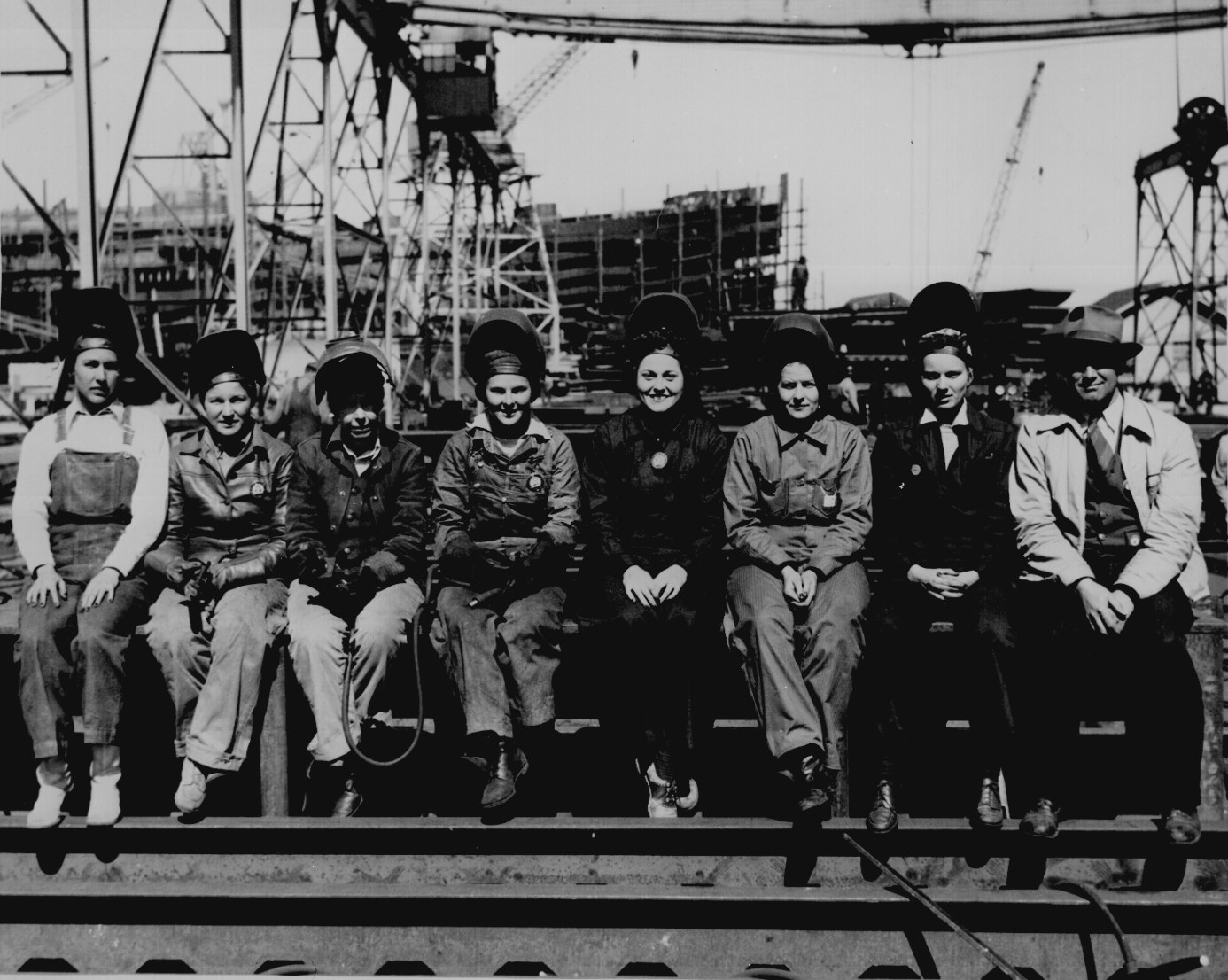 Line Up of Some of Women Welders... Shipbuilding Corp., Pascagoula, MS, photographed by Spencer Beebe, 1943. Courtesy of the U.S. National Archives and Records Administration

What experience did women have in the war? What types of jobs did they do? What support roles did they provide on the field? Did women see any fighting? Were there women POWs?

What was the homefront like for women in America? Great Britain? Germany? Japan? Italy? How did they handle rationing? What did they do at home to help support the war effort? Were they affected by bombing raids and if so how? What did they do to support refugees, people who lost their houses in the bombing raids, orphans?

What can we learn from letters from the homefront? If you read the letters of an American and a British woman, how do they differ? How are they similar?

Local history is important to understanding the mindset of your State or Community. How did women in Alabama handle the war? Was it any different from the way other women handled the war in other states?