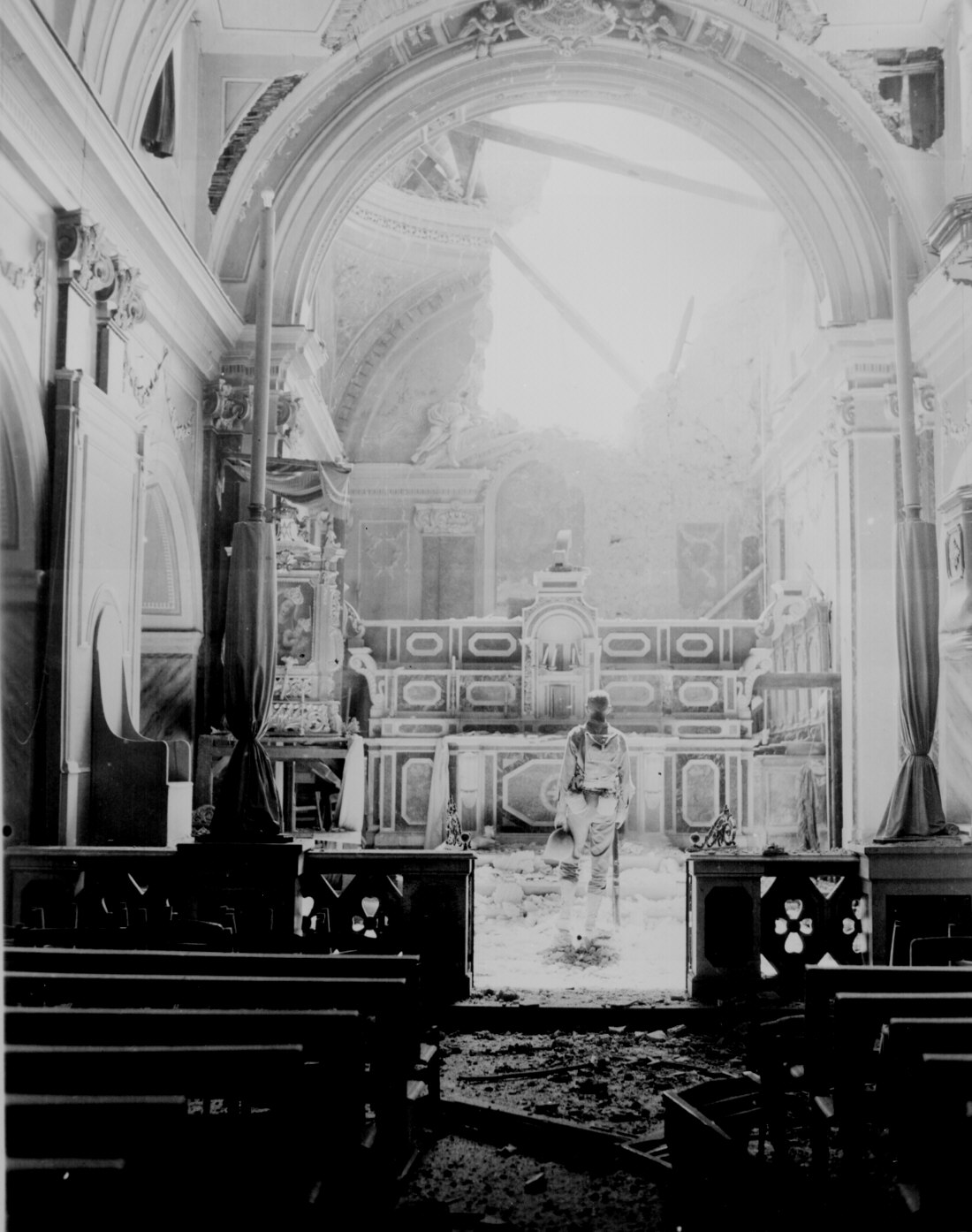 Pvt. Paul Oglesby, 30th Infantry, Standing in Reverence Before an Altar in a Damaged Catholic Church photographed by Benson, September 23, 1943. Courtesy of the U.S. National Archives and Records Administration.

Bombing led to the destruction of several historical sites and cities in Europe. How have these sites been dealt with? Was any attempt made to salvage these sites? How did this destruction impact Europe's cultural history?

The Nazi party was well known for stealing valuable pieces of artwork. Were there any attempts to stop the theft of artwork? Why was it important for the Nazi's to steal the artwork? Did it validate Germany in any way? How was the stolen artwork used? What impact did the lost artwork have upon the countries it originated in? Has any of this artwork been recovered? What steps have been taken in returning recovered artwork to its rightful country? Has the loss and recovery of this artwork affected the cultural identity of the country?