Which concentration camp had the highest death rate? Which camp had the worst treatment? What was the typical experience for a Holocaust victim? What type of treatment did camp victims recieve? What did they fear most? Did survivors ever have any happy moments in camp?

Several people worked to rescue the Jews from the Nazis. Can we estimate how many Jews were saved by these rescuers? What methods of rescue did they use? Did these people risk their lives out of greed, compassion, moral compulsion, or the desire to resist?

The obedience to authority study done by Milgram shows that the German people were compelled to accept Nazi atrocities. How does the study show that? What else have psychologists discovered while trying to understand the psychology of the Nazi regime? What does the holocaust tell us about our humanity? 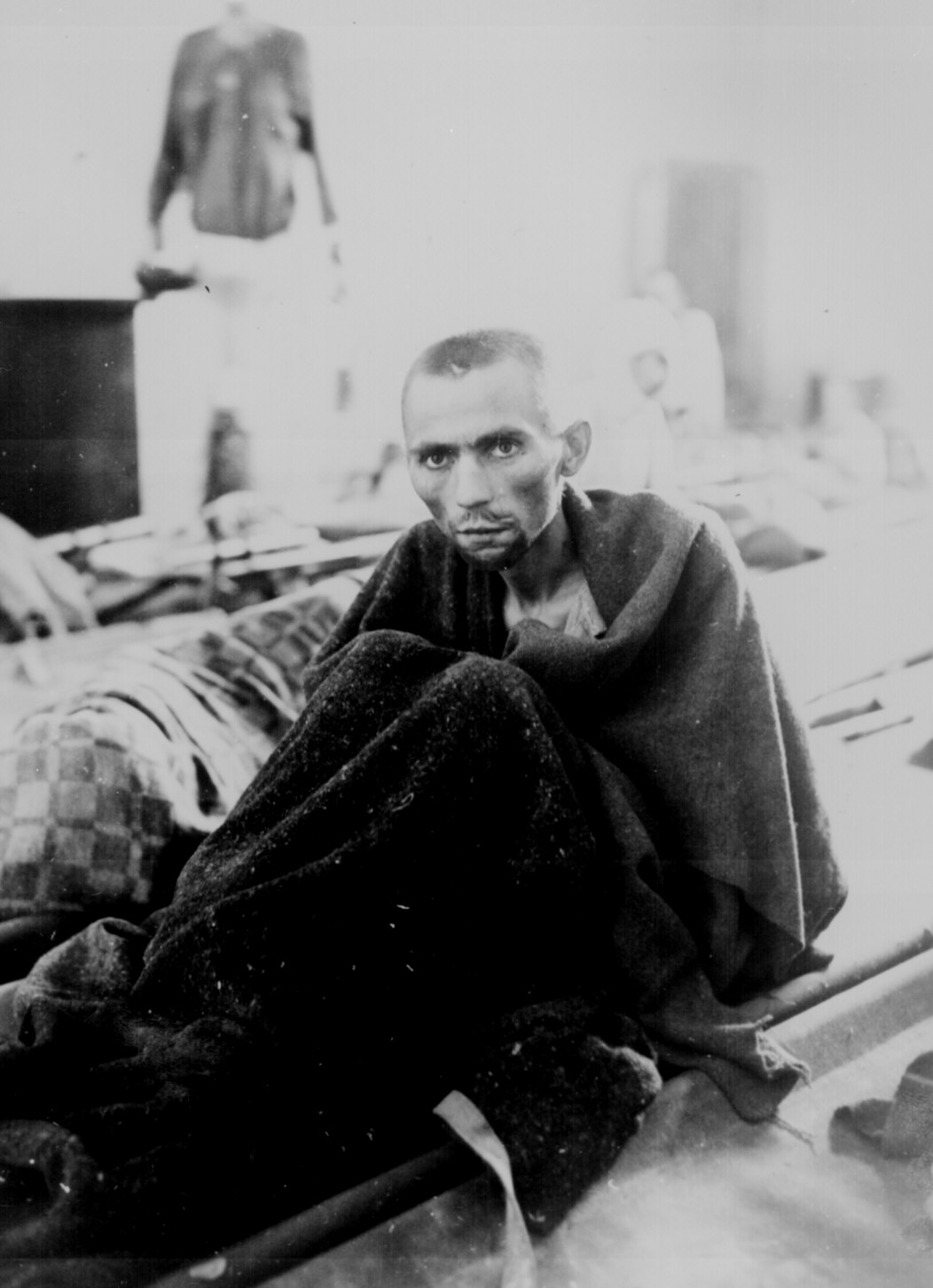 Starving Inmate of Camp Gusen, Austria photgraphed by Sam Gilbert, May 12, 1945. Courtesy of the U.S. National Archives and Records Administration.