World War II had a definite impact on homefronts throughout the war. Compare and contrast the British homefront with the American homefront. What differences were there in Germany's homefront compared to Japan? The United States? Great Britain? Russia? France? What similarities did these various countries share in their war policies at home? How did each country deal with bombing raids? Supply shortages? War unrest? Refugees? What was life like for neutral countries? How did the war affect them?

What did the homefront look like before, during, and after the war? What can we learn from photographs of the time period? What information can we glean from letters sent to soldiers? What can love letters tell us about gender and family roles? What differences were there in gender and family roles between Great Britain and America? Or between any of the other countries involved in the war? What do these documents tell us about the people at home? The soldiers fighting?

Children of an Eastern Suburb of London 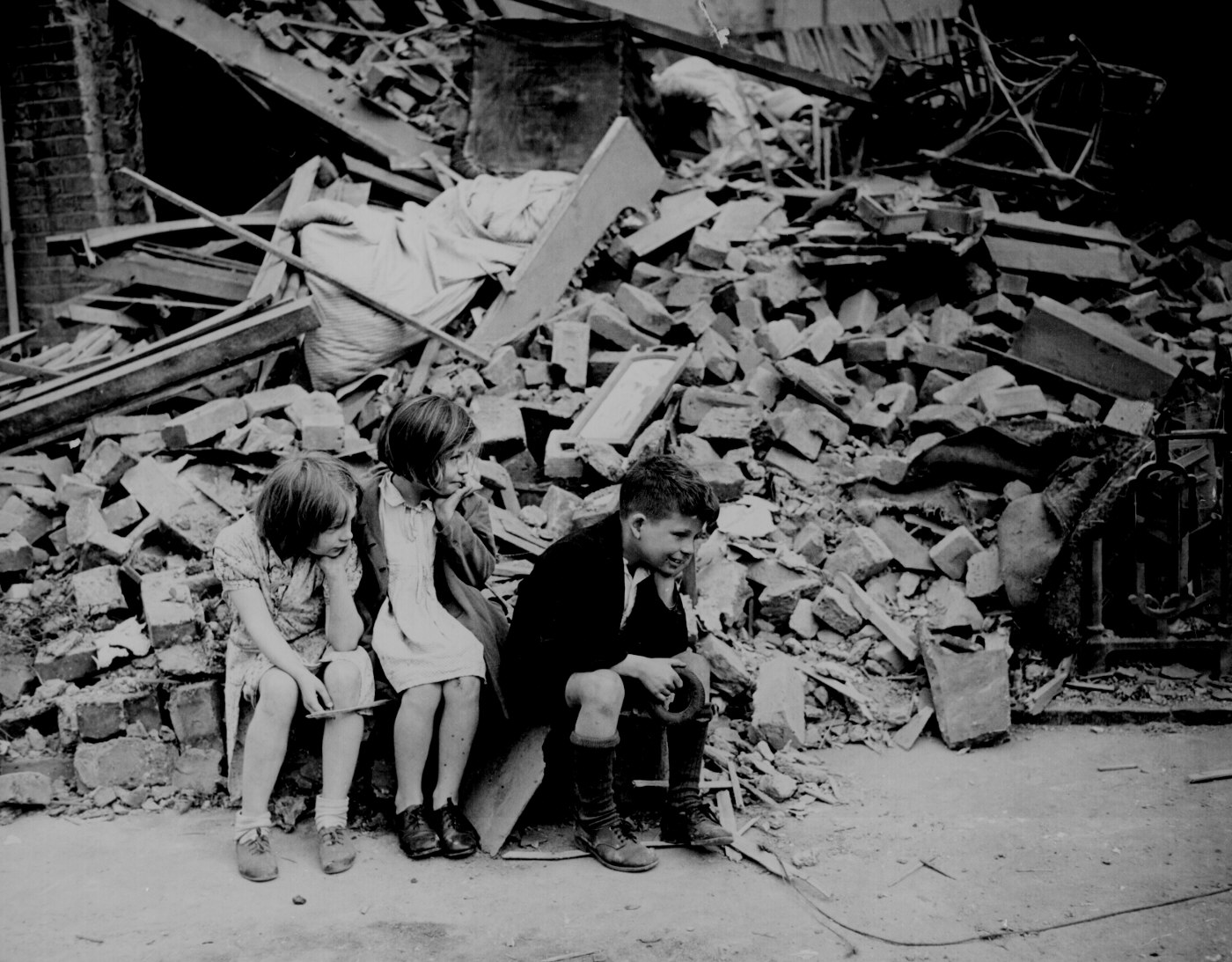 Children from an Eastern Suburb of London... September 1940. Courtesy of the U.S. National Archives and Records Administration.