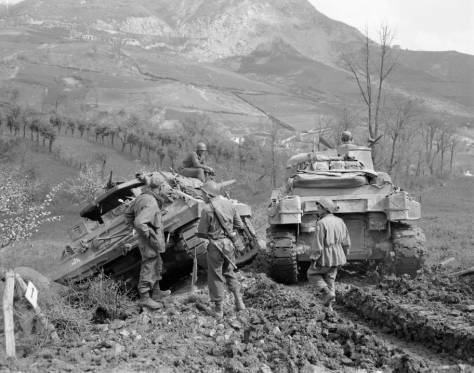 Soldiers with Two Tanks, 1945. Courtesy of the Library of Congress.

Military weapons advanced rapidly after World War I. What technological advances rose out of World War II? Compare the military weapons of Great Britain and Germany. Compare Japan and the United States. What weapons worked best against each other? What weapons worked least? How did the military adjust to the various climates they fought in? Were weapons modified to handle those climates? What impact did radar have on military technology? How did this help in fighting the war?