Group of U.S. Marines on Guadalcanal 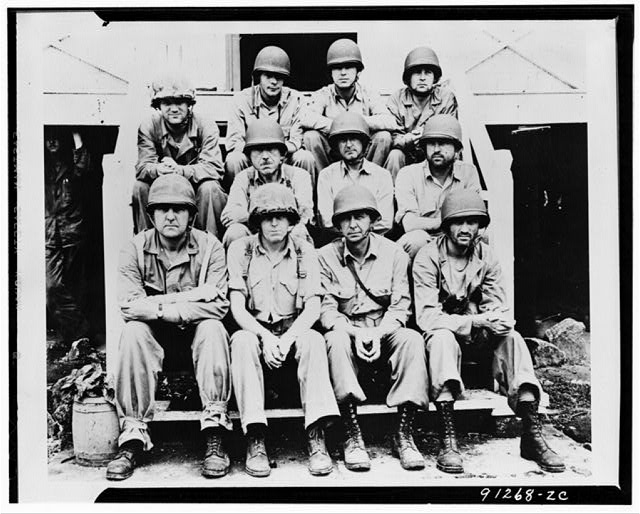 Group of U.S. Marines on Guadalcanal, 1942. Courtesy of the Library of Congress.

Life on a World War II battlefield was difficult as well as dangerous. What terrains did the soldiers fight in and how did they differ? What type of medical care did soldiers get? How soon did they get medical care? What types of things did soldiers see and do? What was the war like for American troops? What was the war like for European troops? What language did soldiers and the government use to describe the enemy? How did the government handle correspondence between the battlefield and home?

American didn't only send white to fight in World War II. What was the war experience for Blacks? What was the experience for Native Americans? What experience did Japanese-American soldiers have? How were these groups treated? Did any of these groups see any fighting? What roles did they perform in camp? Did their service differ if they were in the Army or Navy? How did minorities from other countries fare? Were they treated better? Did American troops have any trouble getting along with minorities of other countries?