U.S. Marine 'Raiders' and their Dogs 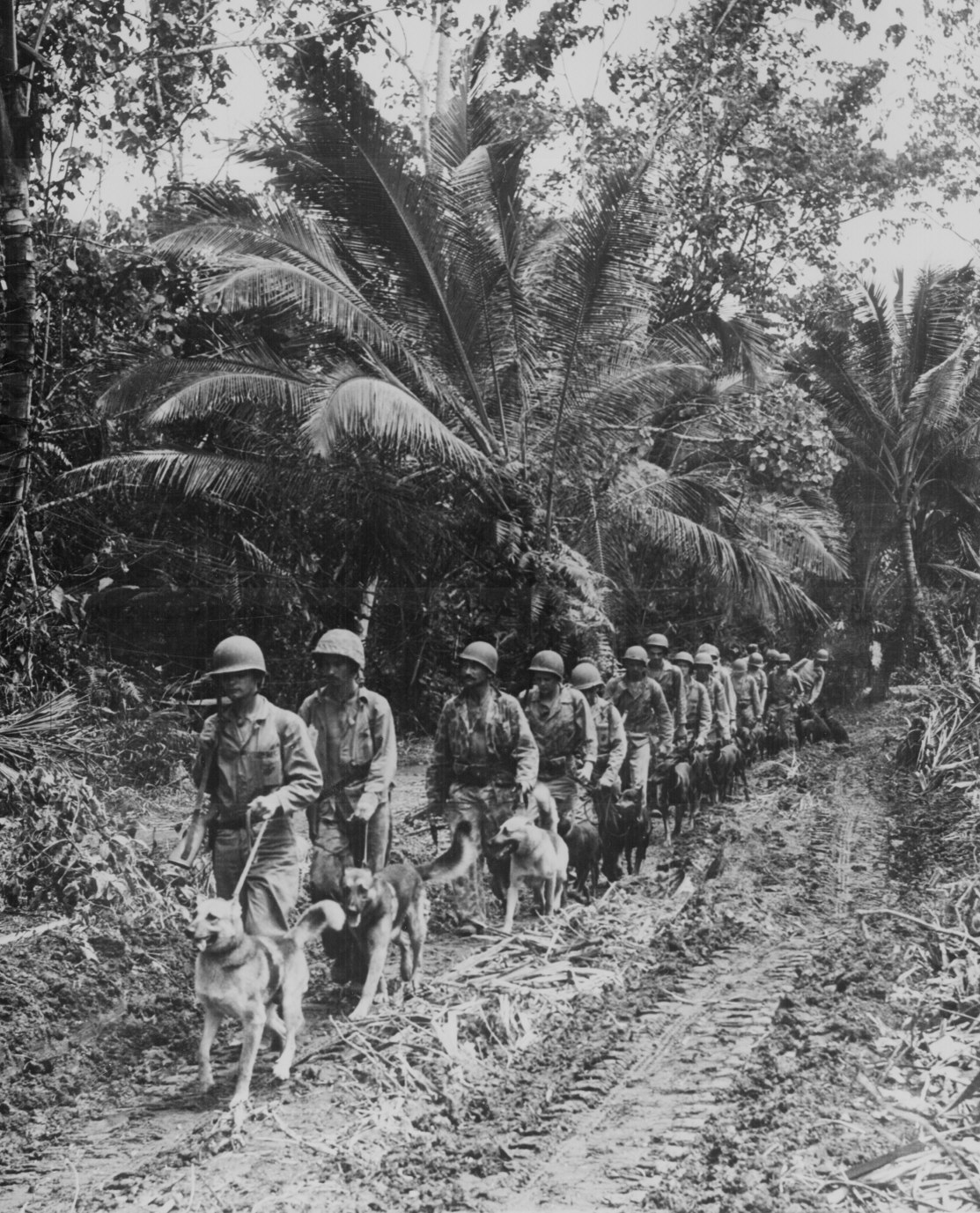 U.S. Marine `Raiders' and their dogs, which are used for scouting and running messages, starting off for the jungle front lines on Bougainville photographed by T. SGT. J. Sarno, 1943. Courtesy of the U.S. National Archives and Records Administration.

The U.S. entered into war with Japan after they attacked Pearl Harbor. Why did the Japanese attack Pearl Harbor? Why were they willing to risk war with the United States? Why was Japan anxious to expand its territory?

Casualty from the Front Line 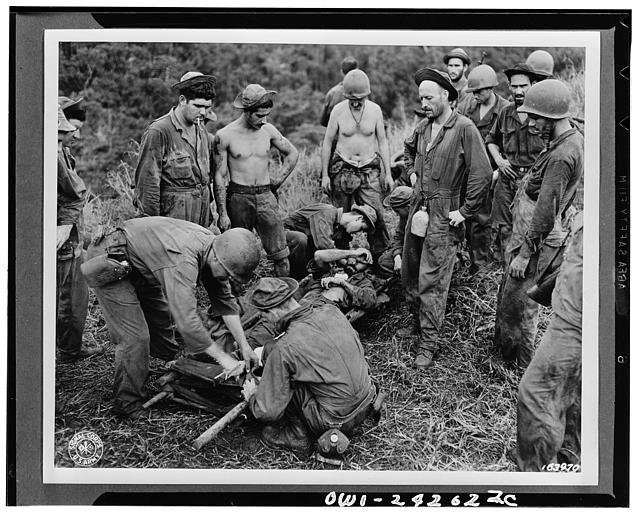 A Casualty From the Front Line... Guadalcanal 1942-1945. Courtesy of the Library of Congress.