Which countries made up the Allies? The major powers that made up the Allies were Great Britain, France, Soviet Union, and the United States. Also included were Poland, the Free Danes, the entire British Commonwealth, Belgium, China, Norway, Greece, Netherlands, and Yugoslavia.

How could France, Poland, and other countries occupied by Germany be part of the Allies? Most of these countries had resistance groups which then joined with the Allies. For example, France started out as an Ally by declaring war with Great Britain on Germany. After the German occupation, Charles DeGaulle, the leader of France, led the resistance movement and continued in the alliance.

Research Point: Great Britain, the United States, and the Soviet Union together make up the Big Three. When China is added to the group they become the Four Policemen. So if you run across the Four Policemen while you're researching, then it means you will find information on the interactions of GB, US, USSR, and China.

Conference of the Big Three at Yalta 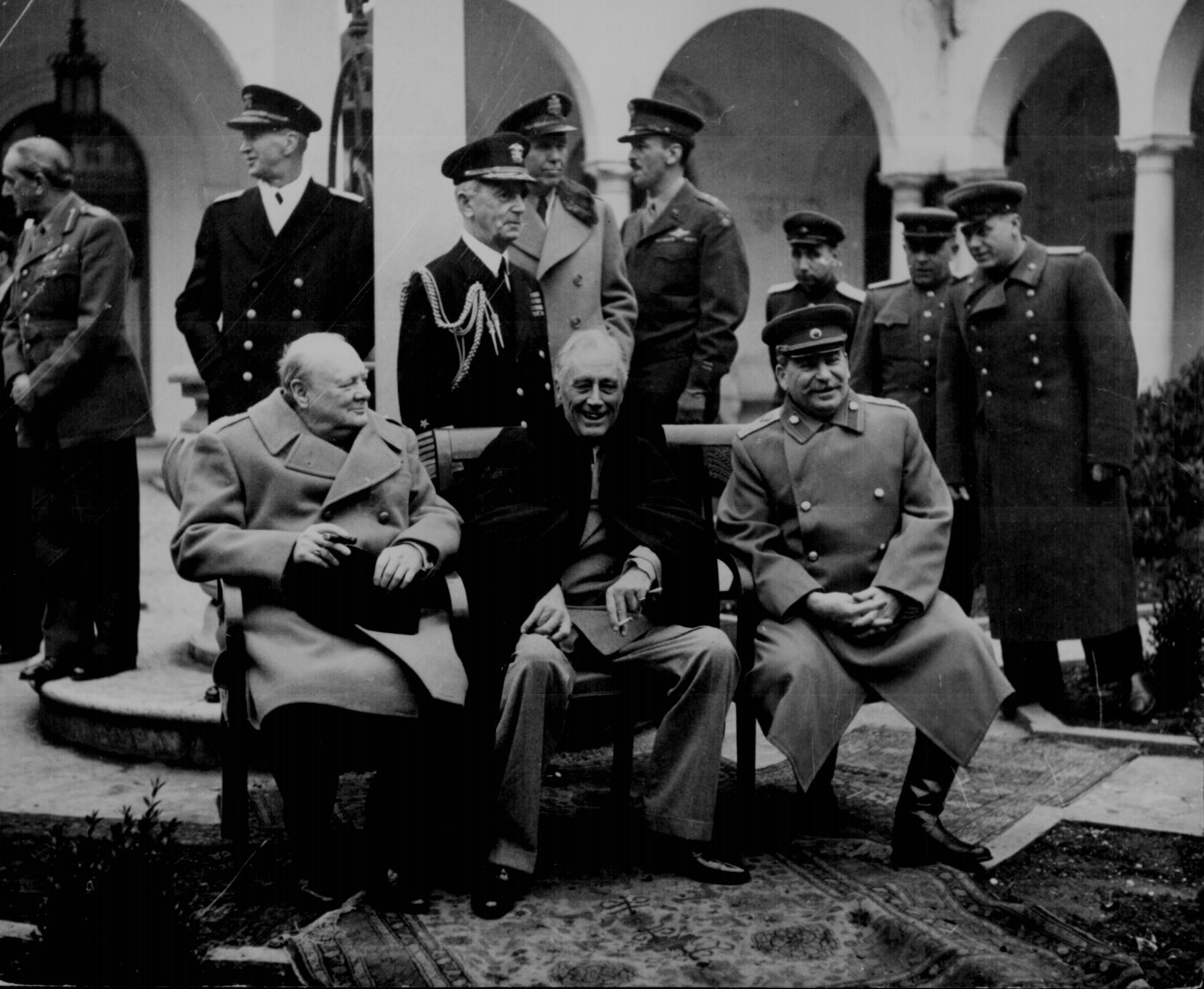 Conference of the Big Three at Yalta... February 1945. Courtesy of the U.S. National Archives and Records Administration.