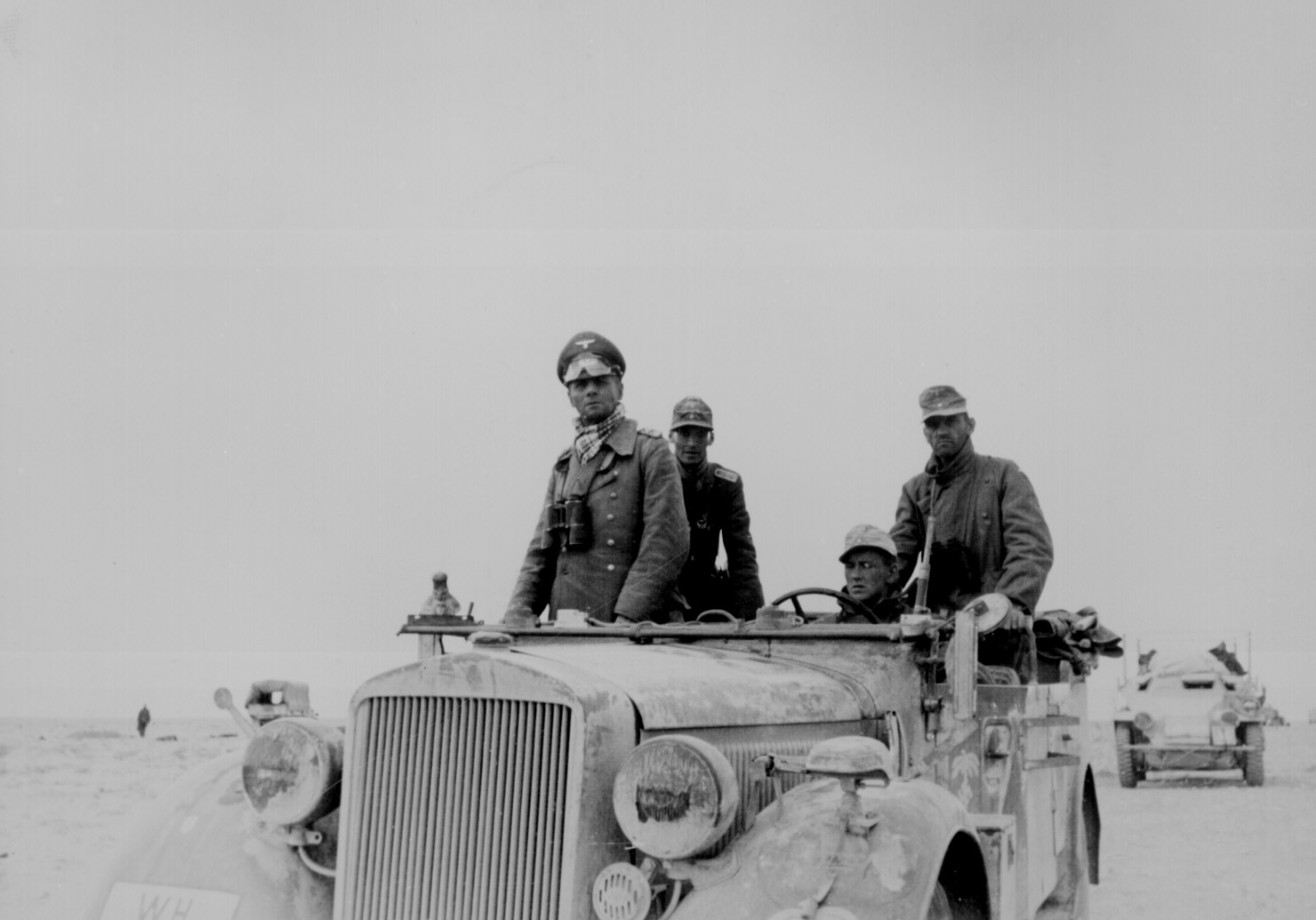 Gen. Erwin Rommel with the 15th Panzer Division Between Tobruk and Sidi Omar, 1941. Courtesy of the U.S. National Archives and Records Administration.